A few examples of US Grout products being used economically and effectively control water infiltration in tunnels and mines and seal and isolate waste or oil exfiltration in underground confinement chambers for a long, long time. 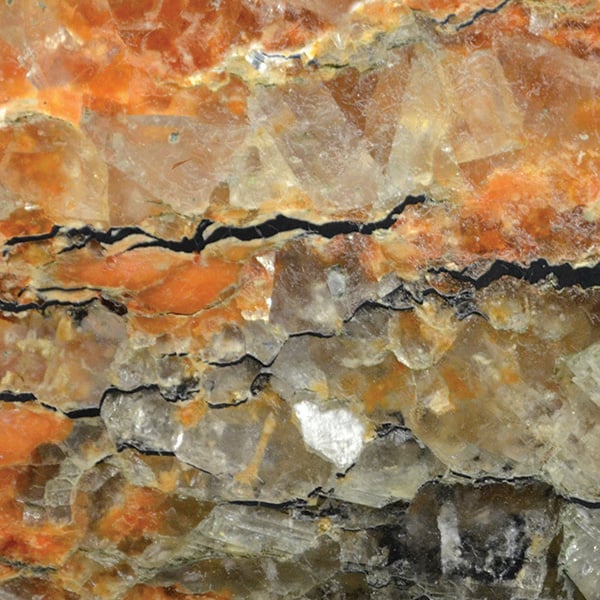 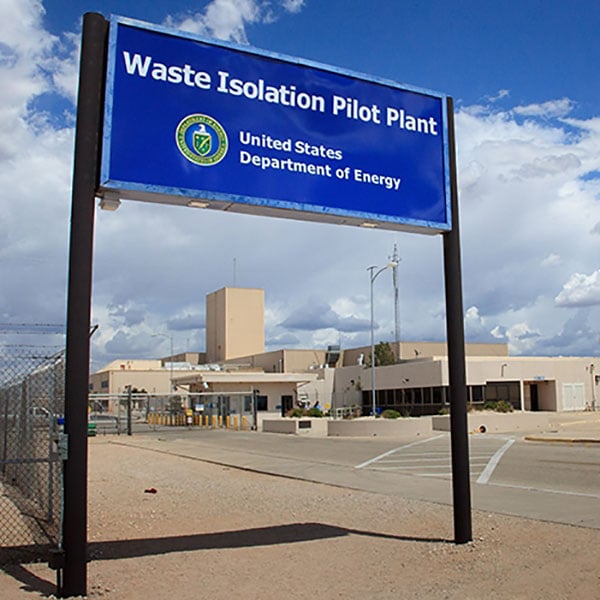 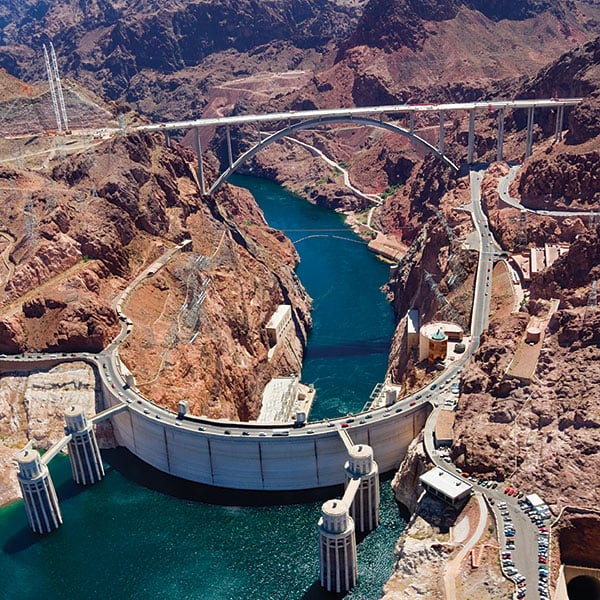 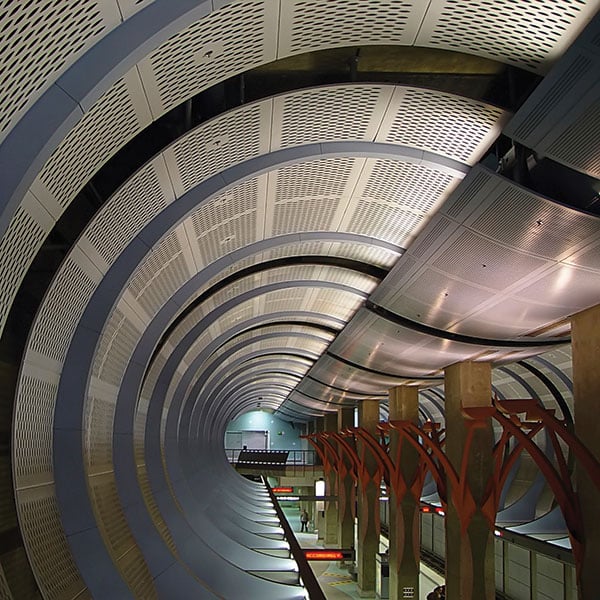 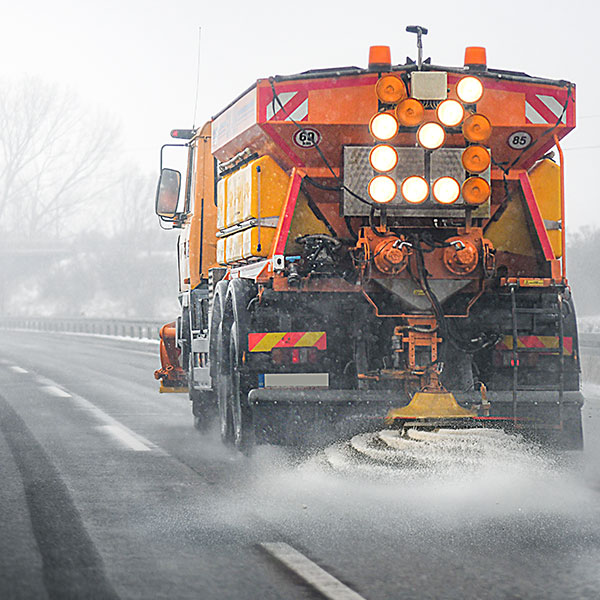 3 • Water for municipal use is removed from Lake Mead via intake tunnels driven beneath the lakebed.

4 • The Hollywood Metro Tunnel was sealed against water infiltration and surface settlement with US Grout Ultrafine.

5 • Cargill mines and supplies salt for a variety of industries and needs, including road salts for deicing operations.

The Waste Isolation Pilot Plant is a Department of Energy pilot repository for hazardous waste disposal. Sandia National Laboratories is the scientific advisor for the WIPP, responsible for designing and conducting tests that prove the repository is safe. This was done to the satisfaction of the Environmental Protection Agency and the site was opened in 1999.

The repository horizon is 2,154 feet below surface in a salt bed approximately 2,000 feet thick. All underground openings are subject to a closure force, which is simply the weight of the overlying rock. This force, equal in all directions, is roughly one pound per square inch per foot of depth. Stress redistribution around the openings results in microfracturing of the salt, which ultimately extends into the enclosing salt as much as a meter and a half. This microfractured rocksalt, called the “Disturbed Rock Zone,” (DRZ) would allow brine and radionuclides to bypass any seal placed in the tunnels.

An ultrafine cement-based grout was required to effectively seal these extremely small fractures (often as small as 6 microns), as to enter such tiny fractures, the grout particles had to be even smaller than the fracture width. Commercially available microfine grouts were analyzed in the laboratory and found to be unsuitable. Sandia National Laboratories then proceeded to develop a new grout which, after extensive laboratory development and testing, was successfully tested underground in salt at the WIPP. The permeability of the DRZ was lowered as much as 1,000 times, and the grout has been approved for use at the WIPP.

Sandia National Laboratories obtained two patents on this grout and transferred the process, under license, to U.S. Grout, LLC. The grout developed for and used at the WIPP site is currently produced and marketed as US Grout Ultrafine (type) SD.

Hayward Baker (a major Geotechnical firm) selected US Grout Ultrafine SD as the material of choice to seal the Hollywood Metro Tunnel (beneath downtown Hollywood, CA) against water inflow and to prevent settlement of the surface, as the tunnel passes under very expensive real estate. They were pleased with its performance. The tunnel is now part of an expanded L.A. subway system.

US Grout Ultrafine SD was used to successfully seal water inflow at Weeks Island, Louisiana (a salt dome housing a portion of the Strategic Petroleum Reserve. The Weeks Island facility is now retired.)

A large pump forebay and a 1,600-foot tunnel, 16 feet high x 14 feet wide, 340 feet below the surface of Lake Mead, was successfully completed by the firm of Peter Kiewit and Sons. This project, part of a multi-billion dollar water project for the Southern Nevada Water Authority, is situated about 20 miles south of Las Vegas, Nevada. The on-schedule completion of Intake #2 was critical to other segments of the project.

Lake Mead Intake #1 is parallel to, and a short distance to the south of #2, but at a higher elevation and therefore has a lower hydrostatic head. Driven in the late 1970's, #1 was delayed for nine months due to water inflow.

1,500,000 pounds of US Grout Ultrafine SD was used in Intake #2, successfully controlling the water and allowing an on-time completion. The contractor was very pleased with the performance of the grout.

US Grout Ultrafine SD was injected into salt at a Cargill commercial salt mine, located in a salt dome at Avery Island, Louisiana. The grout is used to seal microfractures in the mine walls and stop water inflow. This commercial enterprise is very pleased with the grout performance.

As the world-wide distributor for US Grout products, Avanti International (www.avantigrout.com • 1-800-877-2570) provides the customer service, objective professional advice, material estimates, and the caliber of world-class technical support that comes only from over 35 years of geotechnical experience.

3 • Water for municipal use is removed from Lake Mead via intake tunnels driven beneath the lakebed.

4 • The Hollywood Metro Tunnel was sealed against water infiltration and surface settlement with US Grout Ultrafine.

5 • Cargill mines and supplies salt for a variety of industries and needs, including road salts for deicing operations.

© Copyright US Grout Incorporated. See the LEGAL PROVISIONS regarding this site.